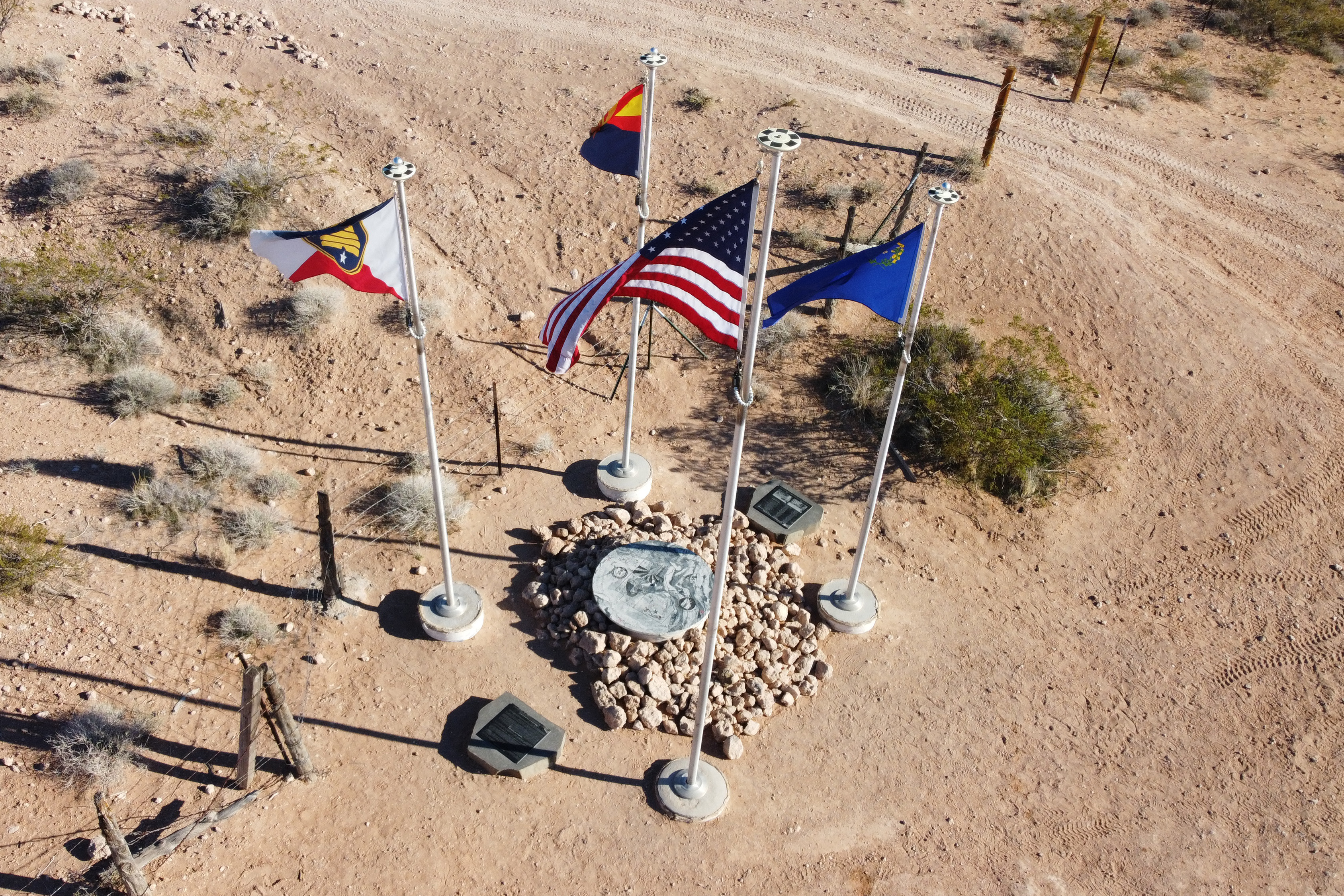 This week’s Sunday Drive features a journey remarkable not for its scenic beauty but for the fact that the destination, the Tri-State Monument, is the spot where three lines – the borders of Utah, Arizona, and Nevada – meet on the map.

Located on public lands and on the border of the Beaver Dam Wash National Conservation Area, the current monument standing at the intersection of the borders of Utah, Arizona, and Nevada is relatively new.

The original marker that stood at the intersection of these three states was a sandstone shaft placed in 1870 by Isaac P. James, a surveyor, and astronomer who was sent to survey the eastern boundary of Nevada.

Unfortunately, he placed the marker a little over a mile too far north.

In 1901, Howard B. Carpenter was directed to survey the border between the State of Utah and what was at the time, the Territory of Arizona. He learned of the existence of the sandstone Tri-State marker placed by James and set out to find it. After locating the original monument, and taking astronomical observations Carpenter determined, “the James monument was 111.51 chains (1.39 miles) too far north. Therefore pursuant to instructions I destroy the James corner and proceed to establish the initial corner at the intersection of the 37th Parallel with the James line.”

A new sandstone shaft was placed at the newly determined proper location and there it stood for over 100 years. 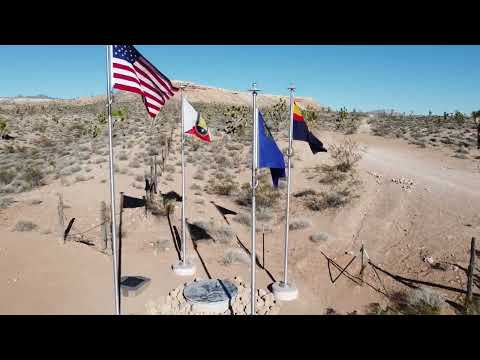 In 2016 the Utah Council of Land Surveyors and the Bureau of Land Management began the process of re-monumenting the Tri-State marker. A new survey was conducted using survey-grade GPS equipment and a new monument was erected at the site in early 2017.

Plaques describing this history were added and flagpoles for the three state’s flags and one for the flag of the United States were set in concrete placed at the site.

And today, you can visit this monument marking the spot where three lines meet on the map with a little effort. You’ll need - at the very least - a vehicle with high clearance to make it there. All the roads leading to the moment are dirt and some are more rugged than others.

Four-wheel-drive isn’t necessary under dry conditions, especially if you take the easiest route to the monument - the one leading up from the Beaver Dam Exit on I15 and the one you’ll follow if you Google directions to the “Three Corners Monument.”

Off-road trails in the area are plentiful and while the easy route is probably your best bet if you’re driving a stock SUV, taking some of the more difficult routes is a whole lot more fun if you’ve got a Jeep or side-by-side.

For your first time out there, we’d recommend taking the easy route you’ll find if you Google directions on Google maps to get there but once you’re there, try finding a new route home. Perhaps the most challenging route is to head east from Tristate and down into the Beaver Dam Wash. Lots of ups and downs, tight turns, and rugged hills to climb. And once you’re in the Beaver Dam Wash you can head south for just a bit and find your way back to Old 91 by continuing east.

Check Out Jeep The USA’s Blog post on the monument: https://www.jeeptheusa.com/cedar-pocket-to-3-corners-20.html

Check out a video on YouTube from Xploremor showing their Jeep trip out to Tristate: https://www.youtube.com/watch?v=lpgTe406c80