Stephen Wade, Goldenwest, Canyon Media Team Up to Donate a Total of $3,500 to Washington County Schools Through "Shoot4Cash" Events 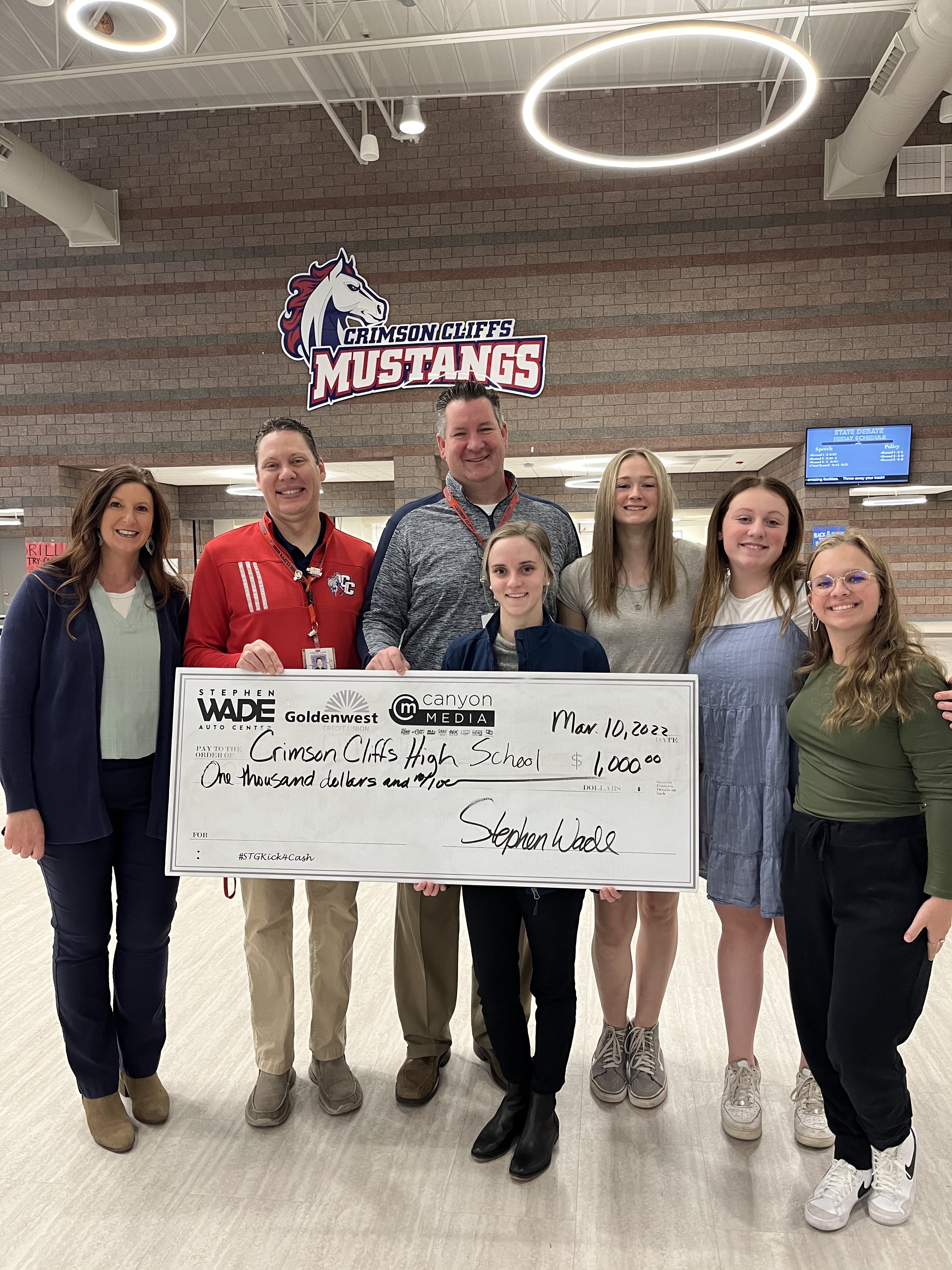 “I look forward to basketball season each year because of the Shoot4Cash events that allow me to build relationships with students, advisors and administrators,” said Jamie Bahlmann, public relations director for Stephen Wade Auto Center. “The sole purpose of these events are to give back to the schools and teams that don’t always get large donations.”

There were 68 organizations that participated, with 15 clubs receiving money from the Shoot4Cash events. The clubs can participate by commenting the name of their club, team or organization on a post on each high school’s Instagram account for the chance to earn cash. There were over 12,000 comments by students who represented various organizations.

Jamie Bahlmann (center) with Stephen Wade presents a check for $850 to Desert Hills High School, St. George, Utah, March 10, 2022 | Photo courtesy of Stephen Wade Auto Center, St. George News “I love being part of this event because it gives back to the school and the students, and it’s really, really fun,” said Mark Musgrave, “The Voice You Know” from Fox Sports Southern Utah and emcee of the Shoot4Cash and Kick4Cash events.

Over the past six years, $30,000 has been donated to local high schools through the Shoot4Cash events alone. That doesn’t include the amount donated during football season with the Kick4Cash events.

Stephen Wade Auto Center is Southern Utah’s auto mall, with the largest selection of new and used vehicles in the area. Goldenwest Credit Union is a not-for-profit cooperative and owned by its 150,000 members. Canyon Media provides creative and effective marketing, advertising and promotion-based strategies for local and regional businesses.

Together, these companies have partnered to provide an opportunity to give back to local high schools by creating and administering the Shoot4Cash and Kick4Cash events each year.